It’s the eve of the one and only bittersweet day of my life. 17 years back ( at 12 midnight), at the age of 5, I became a big sister. I will never forget that day. I had prayed for a sister long enough. And my wish had come true. I remember meeting her so small and tiny and asleep while I just went forward and gave her a quick kiss.

She passed away 4 months later. I’ve never written about this anywhere before,but this is my blog, and I will write. Write that I still love her as much as I did then. And she may have been here for only 4 months but she will be my little sister forever. And the fact that I have an angel for a sister.

She will be 17 tomorrow and I imagine her to be this practical, athletic, sports loving, hardcore yet soft-hearted amazing girl. The kind that is going to eat cake at 12 for her birthday while dancing and at the same time looking out for me from heaven. 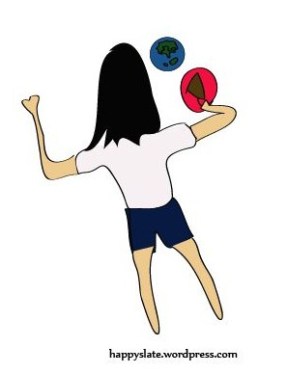 For the first time, I have a birthday to attend tonight. The new friend’s birthday is tomorrow too. For years now, at 12 midnight, I’ve always had some me and her time. I look at this day to be thankful that I have lovely people around me including her. I hope I can make it through the night without any watery eyes.. I dislike sharing this feeling with other people, face to face that is.. And I hope she lives it up. It’s her last birthday as a kiddo after all.

I’m not really a person who cries easily looking at things. But this really did get the tears out me quite easily.

A man who posted about his wife’s (and his too) battle with her breast cancer. I do not know these people and just came across their website today. Really touched me in so many ways. See below a photograph I took from their website. No copyright intended. Just a beautiful and strong picture. In sickness and in health indeed. 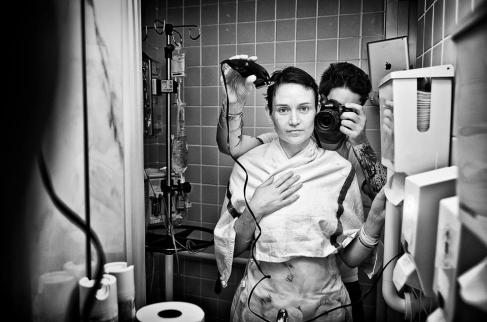 I hope she is in a better place and I hope he never finds any lack of strength.

So today I fell sick. Got a viral fever.

Grandmom: I knew it yesterday you were going to fall sick. Your throat seemed bad.

Me: But I have fever, not a bad throat.

Grandmom: No no, you have a bad throat.

Me: But I can feel it. My throat is not bad.

Grandmom: You can’t feel it, but I know it. Your throat is bad. I’m telling you.

A lot of you share funny, interesting, amusing, things from your personal life and it’s always fun to see what different people from different parts of the world are up to. I don’t share photos of me online for very many reasons, but then I thought: does not mean I can’t illustrate!

So today I am going to share with you guys 1 line that kills excitement in a second. Or gets pretty close to killing it. Sadly, the boy uses it all the time and I am someone who gets excited at every little thing! See below the line being used in different situations. And what its come down to eventually.